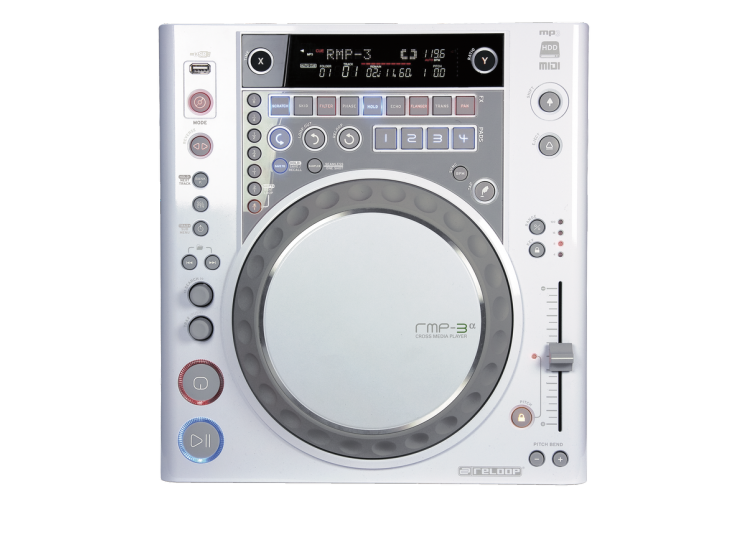 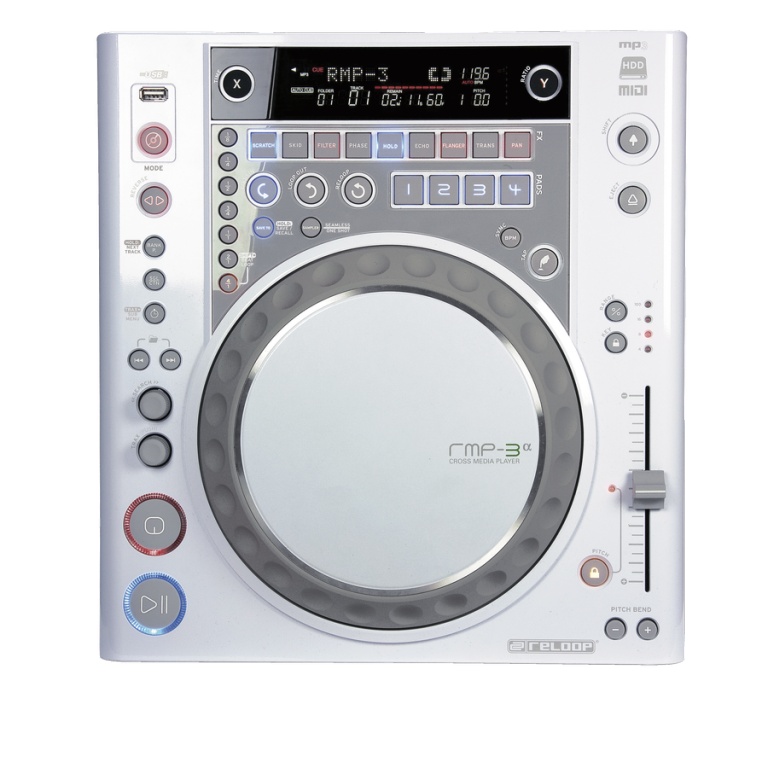 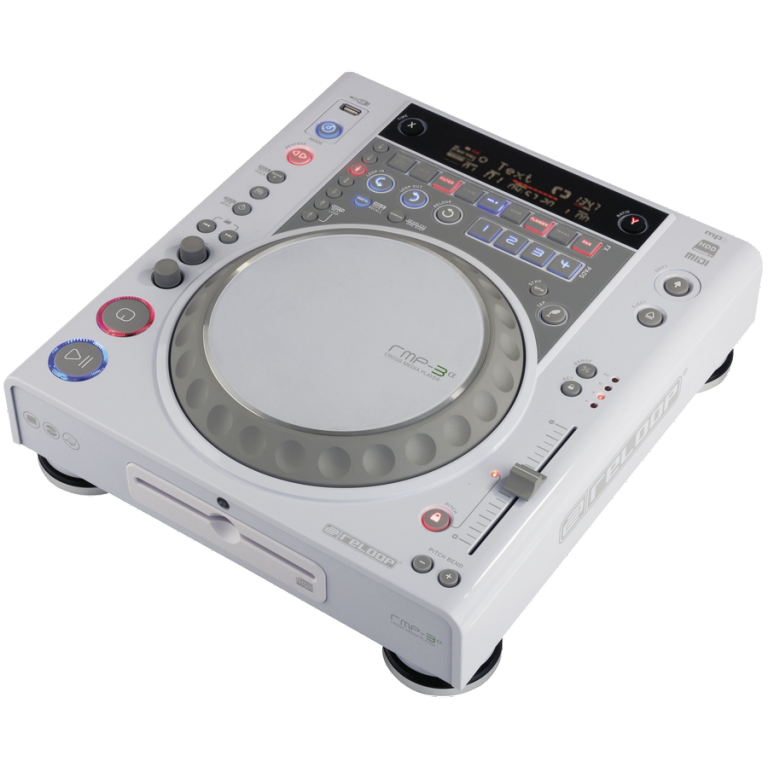 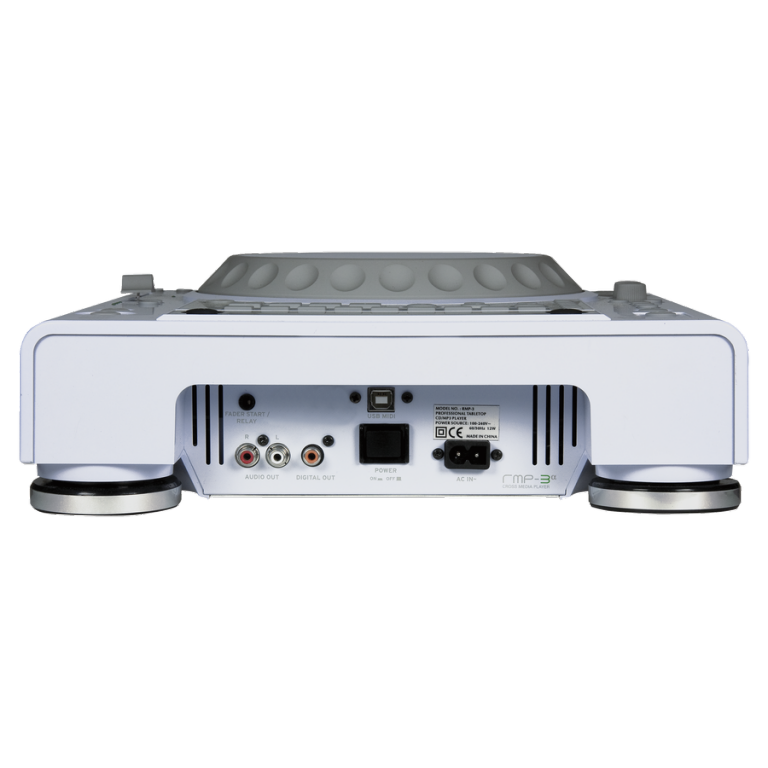 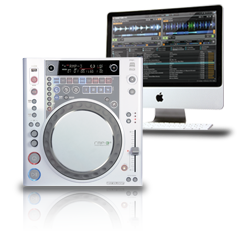 The SUV among media players

Across the media formats' jungle: The Reloop RMP-3 Alpha is Reloop's first true crossmedia player. Whether CD, MP3, memory stick or hard disk drive - it does not matter where the sound is coming from or how it is coded, the RMP-3 Alpha submits it to the DJ's control. As the new premium player is not only multi but crossmedial it is not only possible to mix, scratch and juggle music, but also to control any software.

Thanks to the Reloop RMP-3 Alpha's complete MIDI compatibility all of the 48 control elements can be applied as MIDI control device. This way the RMP series' flagship becomes the perfect controller for mixing software. As via the shift button all controls can be double assigned with MIDI commands it even becomes possible to control two virtual decks with only one RMP-3 Alpha. The assignments can be saved as MIDI presets for various applications. 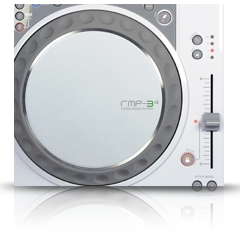 Whatever the RMP-3 Alpha controls - due to the large touch-sensitive jog wheels the control feeling always remains oustandingly vinyl-like. Its new micro pitch with a resolution of up to 0.02% facilitates pitch adjustments with the highest precision. 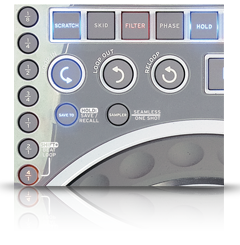 Via the auto loop function the fastest mixing tricks can be looped-in in no time and with seven different bar lengths. Furthermore the new bearing of the device's feet lets the RMP-3 Alpha always keep its balance. 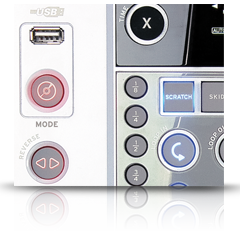 Furthermore the RMP-3 Alpha diposes of several new features: In order to play music from one USB source it is possible to connect two RMP-3 players via the USB Audio Link function. In addition one can analye desired USB drives via the Data Base Builder software facilitating faster and filtered results. 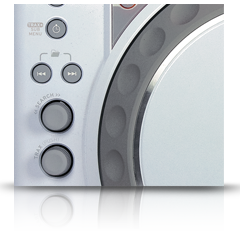 A very convenient feature is the Next Track function allowing to select the next track even during playback.

As a combination of CD/MP3 player, USB mass-storage media player and MIDI software controller the Reloop RMP-3 Alpha is up to all requirements of the DJ business. The SUV among media players.

Overall, the Reloop RMP-3 device lives up to its “Professional Crossmedia Player” tagline as it accurately gives DJ’s many playback options such as CD’s, USB devices, and computer software.