Kenneth ‘Kendo’ Dolar was practically born into DJing as he grew up with some of the most innovative and influential DJs in the world. In 1998, he was initiated into a Bay Area mobile DJ crew named Rhythm in Motion where he learned to hone the art of mixing and party rocking. Starting in 2000 and spanning almost a decade, he was jet setting the world, from Asia to Europe and all corners of the world, producing tours and hosting events with Thud Rumble Limited. During his tenure at Thud Rumble he founded Mixsterious – a collective of artists, musicians, & creatives. Kendo has recently partnered up with J.E. under the producer duo, “The Fresh Crew” and reunited with the Thud Rumble Team.

Kendo continues to move the crowd through his many rotating DJ residencies in the San Francisco Bay Area and abroad.

J.E. is a firm believer that music has the power to connect people in unique ways. So whether he’s on the radio, a livestream, at a nightclub, sports arena, or on tour, he strives to make that connection with his audience whenever possible.

J.E. continues to move the crowd through his many rotating DJ residencies in the San Francisco Bay Area and abroad. 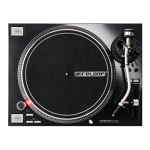 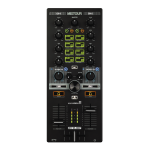