Internationally acclaimed DJ SKY, not only participated in the rave scene but helped to define it.  Soon to appear performing his song “You Make Me Feel Like I’m High” in Sofia Coppola’s upcoming film, “The Bling Ring” starring Emma Watson and Kirsten Dunst, and championed by such industry luminaries as Phil Hartnoll (Orbital), John Newsham (Funktion-One), and Mixmaster Morris (The Irresistible Force), his hallmark light-up electric violin and timbales performed on top of his intense electronica and trance-formative re-mixes have become a defining sound celebrated by the rave community and now the entire culture of pop music.  His eclectic blend of sounds and energy inject his audience with contagious movement and an indelible live experience they won’t soon forget.

SKY began playing drums and violin at the age of two, and continued to master the keys, guitar, bass, and vocals as well.  This provides him with a complete comprehension of the language and art of music, which allows him to impart his rhythmic genius into all of his varied musical projects.  With groove and funk at the forefront of his sound, he gracefully blended into Paisley Park as Prince’s DJ, playing tailor-made mixes for his famous Celebration parties.  This penetrating sound can also be heard in the many remixes and musical segments he produced for artists such as Michael Jackson, Britney Spears, Madonna, Ricky Martin, JLo, Marilyn Manson, Rick Springfield, Jessica Simpson, Boston, and Len.

The inevitable union of Disney and the rave scene was also his brainchild, resulting in the 1996 re-mix album entitled “Mouse House” which he arranged, produced and performed.  In 2001, he collaborated with Jane’s Addiction drummer, Stephen Perkins, to produce the score that brilliantly complimented the edgy L.A. film entitled MacArthur Park which premiered as a selection at the Sundance Film Festival.  SKY’s latest passion is within the realm of DSD, a digital recording method which pays more respect to the listener in providing a rich and lavish field of frequencies to delight more than the ear…it rocks your soul. SKY has only begun to expand the musical boundaries he loves to dance upon.  Once you experience the sounds of SKY, you will know he really has no limit. 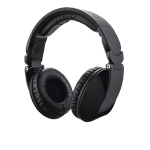