Jan-Christian Zeller is a radio host and DJ on 1LIVE, WDR's young radio program. He is one of the most striking voices and one of the best-known heads of the "1LIVE sector.

On Fridays, 1LIVE listeners start the weekend with his DJ sets on the show ”1LIVE Go”! starting at 8 pm. On Saturdays, "JC" hosts the party show “1LIVE Moving” from 6 p.m., accompanies listeners on their way into Saturday night and welcomes world stars and top DJs such as David Guetta, Diplo, Martin Solveig and Felix Jaehn as studio guests in the 1LIVE house in Cologne.

For 1LIVE, Jan-Christian Zeller spins at the station's biggest parties and events, he hosts the 1LIVE stage at Germany's biggest dance festival Parookaville and also hosts his own floor there. As a support DJ, he played the warm-up in the opening acts of internationally successful artists such as Rihanna, Shakira and Gentleman.

On Fridays and Saturdays after his show, JC Zeller is on the road in the most important clubs in NRW. There he plays current club hits, throwbacks and party classics of all genres, in short: "all you can dance to". 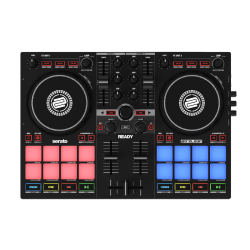