With a completely original style incorporating mixes of Dub, Step, EDM, and Trap music to the base of Hip Hop, and with his patented steady-as-a-rock scratches, DJ SHINTARO does not miss when it comes to grasping the audience. He may be talked about as the No.1 DJ within the club scene today, but in the DJ battle scene where DJs compete using their scratching and DJ skills, there is not one person who doesn't know his name.

With this, DJ SHINTARO
would carve his name into
the DJ history books.

In recent years, DJ SHINTARO competed in the Red Bull Thre3style three years in a row and finally won in 2013. He competed in the world championships as a representative for Japan and became the youngest World Champion in the history of the competition. Furthermore, he was the first DJ not from the host country to win, the first Japanese, and the first Asian to ever become the Red Bull Thre3Style World Champion. With this, DJ SHINTARO would carve his name into the DJ history books.

In Tokyo, DJ SHINTARO makes regular appearances at the marquee clubs of ageHa (Shinkiba), Club Camelot (Shibuya), and BRAND TOKYO (Roppongi), and simultaneously, he launched the event "Funktion” with a DJ crew consisting of DJs of his generation at the Esprit Lounge in Roppongi. The party has been gaining buzz albeit taking place on a weekday.

DJ SHINTARO has also been receiving numerous offers from overseas, and in his first tour of Europe, Dirty Dimenion Euro Tour 2012, he toured through seven leading clubs of Belgium, Germany, and Netherlands with much success. In Amsterdam, DJ IRWAN, the No.1 DJ of Amsterdam, recognized Shintaro's scratching skills and played back to back shows with DJ IRWAN at the monster club, The Sand, a venue with a capacity of 3,000 people. Furthermore, with DJ SHINTARO's tour of Taiwan, he played at all of the go-to clubs including the Lobby Club in Taichung, Primo in Taipei, and SEARCH NIGHT CLUB in Taoyuan, and received critical acclaim not from just the fans, but from the people in the music industry. Since then, DJ SHINTARO has been continuing to receive invitations to appear as a special guest in Taiwan, Shanghai, Beijing, etc. 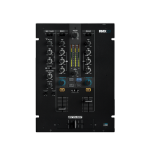