1999 in Berlin/Mahlsdorf: A young dude acquires a tape that would change his life forever. The hip hop mixtape is an epiphany for the 19-year-old and all of a sudden he knows what he wants to do now and forever. DJ Robert Smith is born!

By now, he has been practicing his skills for 18 years. Needless to say, he masters his turntables expertly, using them like an instrument. The Berliner is part of the duo "Smith&Smart" that has been touring all over Europe for 15 years. He is also on the road solo or with various bands, scratching his way across the big stages of Germany, Austria, Switzerland, Italy, France, Netherlands and USA. Hip hop is the base for DJ Robert Smith's work, while jazz, electro, soul, funk and world music also find their way on his turntables.

As an all-purpose weapon with 100% flavour, DJ Robert Smith fills all events, from hip hop jams to noble galas, with excellent vibes.

"He lets his fingers fly across the decks, while changing records in a matter of seconds and scratching his way through hip hop history and combining it with the present!" (Tagesspiegel)

"I think the strongest overall entry was DJ Robert Smith.
His extremely funky skratch phrasing adds a new musical level to Anderson. Paak’s vocal samples, always placed in creative and sonically pleasing place, coupled with his outstanding skills.
Not surprising from a German DMC champion. I would have liked to see some juggling or adding an extra song/record of personal choice, but ultimately the quality of the skratch skills stand out for themselves, and this was the tightest entry to my ears." (Skratch Bastid & Skratch School) 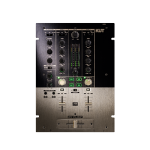 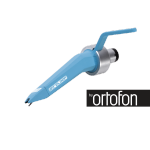 The RP-8000 MK2 is currently my absolute favourite turntable. Exact pitch and ultra-pitch function as well as the corresponding LED display, reverse mode, cue buttons located near the platter and many more functions is what this turntable has to offer. The construction is extremely sturdy and suitable for the stage.

Robert Smith ABOUT THE ELITE:

Reloop Elite means plug-and-play and lots of fun. The faders are smooth as butter and the cue buttons are comfortably large and handy. I like the classic fader for monitoring the headphones mix as well as the four on-board tweak FX. The Reloop Elite is a compact mixer for beginners and old stagers.

Robert Smith ABOUT THE SPIN:

My favourite feature is recording a session with a USB Stick quick and easy. The combination of the Bluetooth function and aux-in makes especially sense to avoid cable clutter at jams with various portablists.