Luis Cid, better known in many countries as "DJ BYTE", is the new World Champion of the 2015 Red Bull Thre3style World Finals, the biggest DJ competition in the globe. He just took first place in front of 5.000 people in Tokyo, Japan.

The prestigious judging line-up consisted of DJ Scratch Bastid, Z-Trip, DJ Jazzy Jeff, DJ Kentaro and DJ Craze. DJ Byte is not new in the world of global competitions; in 2013 he took second place in the Red Bull world 3style in front of 4.000 people in Toronto and in 2008 won the first place in the best new DJ Pioneer competition in Chile.

A globetrotter thanks to his music, he has traveled much of the world making his mark in cities like Toronto, Vancouver, Tokyo, Taipei, Zurich, Basel, Gampel, Dresden, Hamburg, Oostende, Oslo, Stockholm, Barcelona, Azerbaijan, just to name a few.

His digital library is reaching the thousands with carefully selected tracks, crossing all possible genres. In a scene where almost anyone with some software can call themselves a "DJ", Byte's unique live mashups, technical skills, and energetic stage presence sets him apart from rests.

With his extensive musical knowledge, no roof is safe from being blown right off the venue, whether it's a night club or a special event. 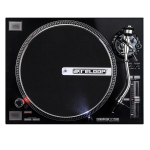