Daddy Always Ready & Uncle Jaras is a DJ/turntablist crew based in Poland, composed of members Kostek, Pac1, Pan Jaras, well known and respected battle and club DJs. After decades of battling as individuals, they decided to join forces to create a DJ band around 3 years ago, and the joint adventure has begun. As DJs they've rocked stages all over the country and the world, including USA, Canada, Great Britain, Italy, Germany, Netherlands and Czech Republic. They all have a musical background, so in their showcases we can hear not only turntables but also various instruments skillfully mixed with the art of turntablism. They are also members of the well known project Steve Nash & Turntable Orchestra which is a novel musical project aiming at connecting two entirely different musical worlds - classical music and turntablism, using the sounds of orchestra, grand piano and turntables operated by best polish scratch DJs.

Kostek is a DJ, producer, musical personality. He is a member of the Daddy Always Ready & Uncle Jaras. For 22 years he has been one of the leading DJs of the Polish music scene, both club and hip hop. His scratches can be heard on the best Polish hip hop albums of the last 19 years (KRS-One, donGURALesko, OSTR, KODEX part 1 and 2, Waldemar Kasta, Tede, Phenomenon, WYP3, PIH, Chada). He also collaborated with bands like Sweet Noise, Piotr Rubik and his orchestra, with which he recorded the album "Habitat, moje miejsce na ziemi". He performed in the spectacle 12 Benches staged in the music theater in Gdynia. He performs with donGURALesko at concerts on a daily basis as well as co-creating the band Funk Master Punk which is a music co-producer and who specializes in new b-boy funk. He also had his program on ESKA TV named Rap Time where he was the main host. He has a residency in many clubs in Poland where he has been promoting dance music for several years. He also received an award for the best show/set at the Sunrise 2009 electronic music festival. Music is his fuel without which he goes crazy, you know him. 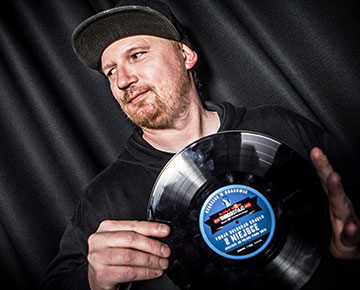 Pac1 - DJ, turntablist, musician and also recently producer. Member of Daddy Always Ready & Uncle Jaras, Steve Nash & Turntable Orchestra, Bass Pushers, and DJ Super Cuts (DSC Crew). His creative personality is deeply rooted in the good old hip hop from the golden era and funk, which was well known and respected as creator as early as the 1990s. His skills have enabled him to win numerous DJ contests. Thanks to his huge experience and consistency in training and continuous development, his musical and creative horizons have developed much further than he probably would have expected. His skills allowed him to win many DJ competitions, and inspired and inspire many DJs in Poland to this day. During twenty years of experience with DJing, living in London, he played in many leading clubs (Cargo, Mass, The Pool, Cafe1001, Rhythm Factory). Currently, he has a residency at Pacha club in Poznań and Stars in Toruń and travels around Poland regularly playing in clubs and festivals throughout the country and abroad (Opener Festival, Woodstock Festival, Up To Date Festival, Gdańsk Dźwiga Muzę). Music played by him is funk, soul, rap, R'n'B, rock, house, bass music and modern electronics with a doze of turntablism. 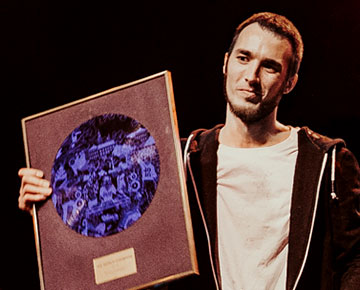 Pan Jaras is a turntablist, DJ, producer, member of Daddy Always Ready & Uncle Jaras and Steve Nash & Turntable Orchestra. He is one of the most talented turntablists. In seven years of scratch adventures he achieved a global level, which he proved by winning the IDA World Champion title in the Scratch Category three times in a row. He collaborated with many leading characters from the world of turntablism, such as D-Styles, Ken-One, DJ IQ, Vazee, Robert Smith, Skillz, K-Swizz, DJ Rena and many others. He is a resident at the club NRD where he presents various types of electronic music, and performs in clubs throughout the country. His style is a combination of hip hop, funk, break beat and electronic music mixed and blended by using various turntablist techniques. In addition to scratching, together with DJ Pac1 he runs a recording studio, in which they deal with music production and sound design. He also conducts educational activities by conducting numerous classes for young people from DJing, scratching to music production.

'This is our favorite mixer right now, perfect for battle routines and for club gigs, it has all the features a modern turntablist and party rocker needs for creative Djing.'